The Canaries: “nursery” of loggerhead turtles originating from the Mexican Caribbean
8213
post-template-default,single,single-post,postid-8213,single-format-standard,elision-core-1.0.9,ajax_fade,page_not_loaded,qode-child-theme-ver-1.0.0,qode-theme-ver-4.3,wpb-js-composer js-comp-ver-6.2.0,vc_responsive 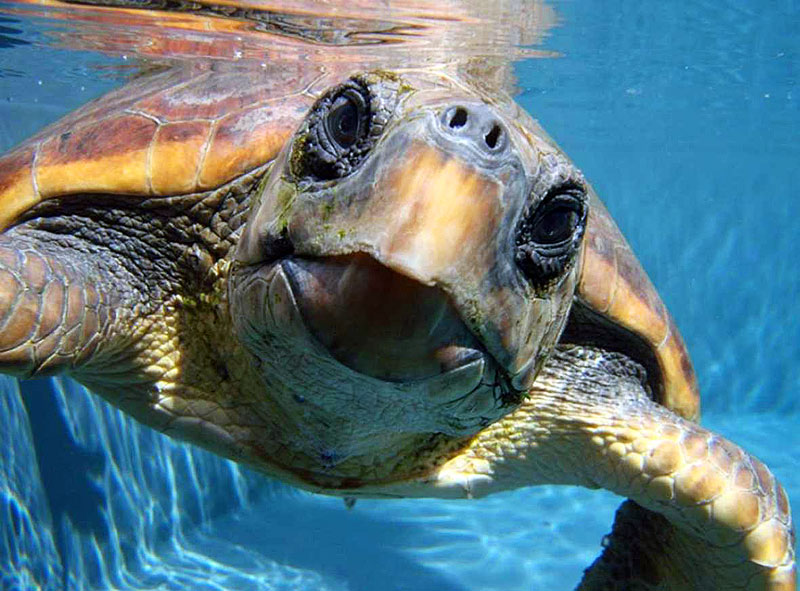 The Canaries: “nursery” of loggerhead turtles originating from the Mexican Caribbean

They grow in Canarian waters before returning to the Gulf of Mexico.

North Atlantic Loggerhead turtles spend much of their youth in a slow journey back and forth across the ocean that usually ends on the same beaches of the Gulf of Mexico where they were born, following a cycle in which one of the key stages has now been revealed as their passing through the Canary Islands.

The Universities of Las Palmas and of Exeter (UK), as well as four scientific bodies of the Canarian archipelago, have published the results of monitoring they have carried out on 24 juvenile Caretta caretta turtles in the vicinity of the Canary Islands over a period of 13 years in the British journal Diversity and Distributions, (dedicated to biodiversity).

The monitoring of these animals has revealed that young loggerhead turtles (their age is estimated from the length of their carapace) use a huge expanse of ocean in the eastern Atlantic: an area of 2.5 million square kilometres between the Canary Islands, Madeira, the Western Sahara and Morocco and, in spring and summer, even in the south of the Iberian Peninsula.

The authors of this study emphasise that although numerous studies on the behaviour of adult turtles exist, little is known about the years that pass after they leave the beaches of their birth in Central America and ride the Gulf Stream across the ocean, until they embark on the return journey when they approach the age of sexual maturity.

The movements of the 24 specimens of Caretta caretta studied confirm that the Azores, Madeira and the Canary Islands are “key” locations so that the juveniles of this species of sea turtle grow and are prepared for the return trip.

As for that return journey, the authors acknowledge that the observed cases do not clarify which ecological mechanism tells the turtles that it is time to return to their home beach, but they stress that “for the first time” they have evidence that, whatever it is, it occurs when the shell reaches 50 cm (equivalent to six to seven years of age, according to some studies.

Their findings suggest that the stay in the waters around the Canary Islands is “key” so that the young turtles are ready to face their return journey across the ocean, and consequently argue that any measures that take place in this vast area may have a major impact on the recovery of this species, which is considered endangered in the eastern Atlantic.