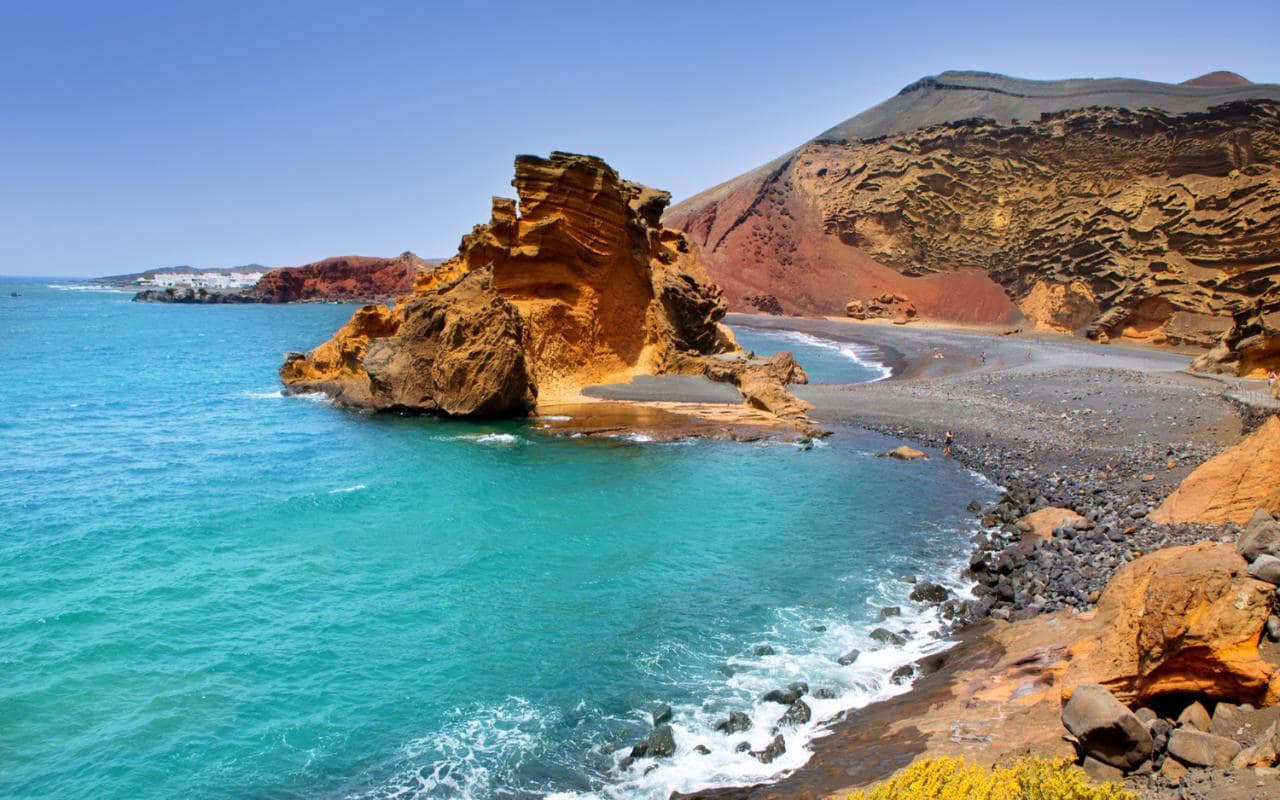 Lanzarote is a Spanish island, the easternmost of the Canary Islands in the Atlantic Ocean. It is located approximately 125 kilometres (78 miles) off the coast of Africa and is the 4th largest Island of the Canary Islands which covers an area of 845,94 square kilometers and has a population of 139.000 inhabitants..

2. From grapes to glass

The island of Lanzarote has its very own wine-making region, called La Geria. The landscape here makes it possible to grow vines in high winds, and the range of dry, medium and sweet wines produced are known to be excellent.

3. It has a valley of a thousand palms.

This beautiful description is another name for the Haria Valley, in which you will find the densest concentration of Canarian palm trees in the world. Why so many palms? Historically, two palms were planted for every baby boy born and one for every girl, literally filling this gorgeous valley with lush greenery.

Popular surfing spots are Caleto Caballo and Caleta de Famara, while windsurfers will have everything they need at Los Cucharas beach.

Lanzarote’s landscape is so striking that it has been used as the setting for a large number of films, tv programmes and adverts. Blockbusters such as Dinosaurs Ruled the Earth and Journey to the Center of the Earth were both filmed on Lanzarote. Popular television series such as Doctor Who and Search for Treasure Island also featured the stunning backdrop of Timanfaya National Park.