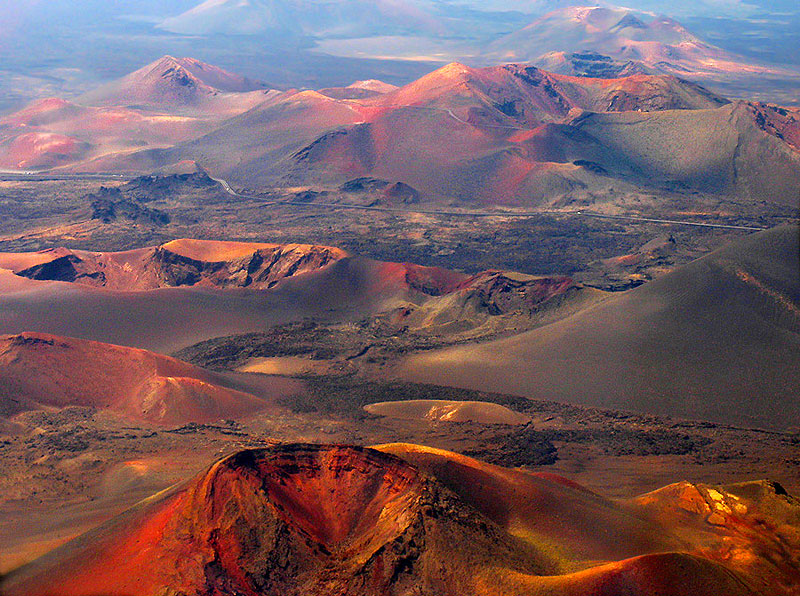 Scientists study Lanzarote in order to understand the red planet

In the 845 square kilometres of this volcanic and oceanic island, they have been 63 Geosites catalogued. Pyroclastic formations, lava valleys, cliffs … contain so much information that scientists study the geology of Lanzarote to understand the Earth’s climate and the possibilities of life on the red planet.

The density of volcanic, sedimentary and erosive structures is overwhelming. They are everywhere, covering a long chronology and kept in good condition thanks to the climate at this latitude. This island is an exceptional open-air museum. In 2015, UNESCO recognised it with the title of Geopark, the eighth one in Spain. To achieve this recognition not only does it need to have a great geological heritage: it is required to preserve and disseminate it.

In the Martian mapping the spectacular volcano Olympus Mountain (25 km high, 500 km in diameter) and NiliPatera, which at first glance is very similar to Timanfaya stand out. Similar landscapesbut very, very different weather conditions: in Lanzarote we have 23 degrees of temperature and ultraviolet radiation level 11, on Mars at the same time the temperature is -7 ° C and radiation would burn any organic compound on the surface, because the planet lacks an ozone layer.

Before its geologic vitality died, Mars ‘’must have had seas and oceans.” The Red Planet “was basically like Lanzarote”: volcanic rocks and water. In 2015, a research team in which Martínez-Fríasparticipated was on the cover of the prestigious journal Nature Geoscience for discovering the presence of liquid water on the Martian basaltic basement. Filtered water, which evaporates with solar radiation during the day and soil that at night absorbs it forming “a kind of smear”.

We’ve known for a long time that there is water in the Martian atmosphere (at the poles, beneath the floor…) the news is that there is a cycle of water, which also has things in common with that which occurs in La Geria, with a cultivating system based on lapilli as moisture sensor.

Lanzarote’sGeosciences Laboratory has beenmeasuring since 1987 the deformations of the earth’s crust, seismic movements and a long list of parameters. The data it collects in its three observation points (Cave de los Verdes, Jameos del Agua and Timanfaya) are received by several research centres in Europe, America and Asia and applied in several studies. Last year, the laboratory in Lanzarote opened a new research module, the planetary analogues, which will use all the information for the development of research information regarding Mars.

They are focusing on the interactions between water and volcanic rocks, and in the analysis of the precipitations generated. Specifically, they have been concentrating on the linings that partially line the volcanic tube, at the Cave de Los Verdes. It is important to understand what happens just beneath the volcanic surface, because on Mars the option of life must be below the surface.