Lanzarote’s Atlantic Museum Lanzarote: one of the best underwater attractions, according to Le Monde
8200
post-template-default,single,single-post,postid-8200,single-format-standard,elision-core-1.0.9,ajax_fade,page_not_loaded,qode-child-theme-ver-1.0.0,qode-theme-ver-4.3,wpb-js-composer js-comp-ver-6.2.0,vc_responsive 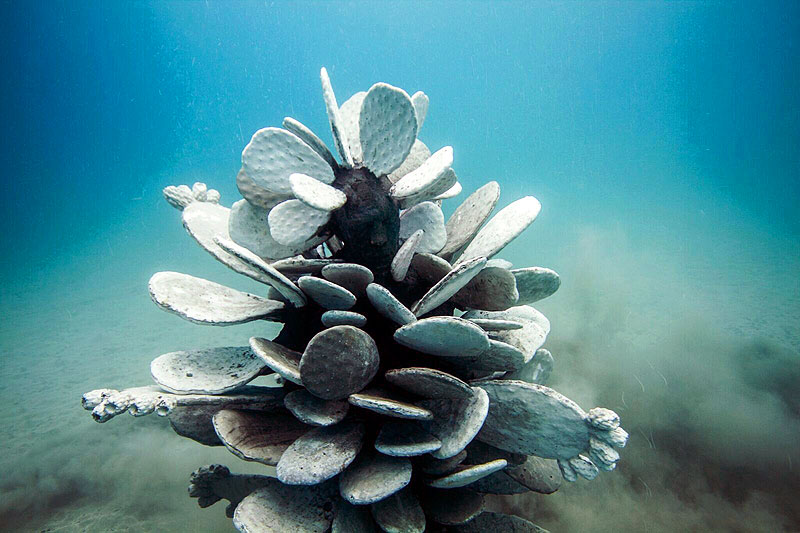 Lanzarote’s Atlantic Museum Lanzarote: one of the best underwater attractions, according to Le Monde

The 60 sculptures by international artist Jason deCaires Taylor that were submerged late last January, and which form the first underwater museum complex in Europe consisting of a total of 300 sculptures (the remaining 240 works will be added from November onwards), have received press coverage all around the world in the first six months of their life beneath the waters of Lanzarote’s Playa Blanca.

National and international media have sung the praises of this highly original Lanzarote tourist attraction, and news of the museum has already reached a potential audience of 922 million readers worldwide, both in print and in digital media, constituting an advertising value equivalent to more than 69 million Euros.

Six months later the coverage increases and continues. Many print publications take advantage of the summer months to devote extensive reports to attractive and refreshing holiday destinations. This is the case of the prestigious French daily newspaper Le Monde, which recently devoted a page to destinations with “underwater treasures”, such as the Atlantic Museum of Lanzarote, which consists of a series of sculptures depicting human figures in everyday situations and which stimulates reflections on humanitarian issues and the relationship between man and nature.

Le Monde used the headline “Tourism hits rock bottom” in its most positive sense, since it refers to the intrinsic desire of tourists to explore the unknown and dive into the sea to experience new sensations in the form of tourist attractions that do not belong to the natural world, such as a submerged airplane, a sunken ship or the fully-formed sculpture museum installed by the artist deCaires, with the support of Promotur Turismo de Canarias. The dynamism of these initiatives helps to renew tourism and to distinguish the unique qualities of Canarian tourism from other competing destinations.

This commitment to the underwater museum in the bay of Las Coloradas contributes to the positioning of the destination and the international promotion of the Canary Islands brand, with special reference to the way the Canarian archipelago supports art and nature, a philosophy created with huge success by the brilliant artist César Manrique.