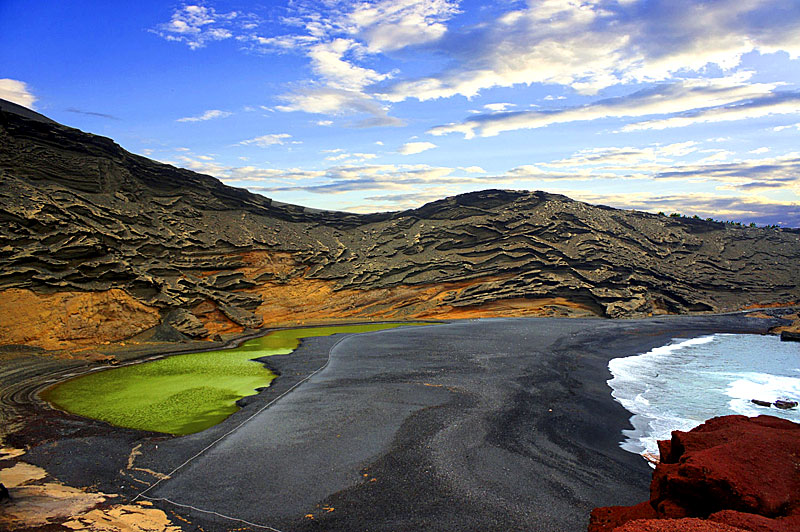 The Yellow House of Arrecife hosts an exhibition that takes us through the forty-nine national and international film productions that have been shot in Lanzarote from 1965 to the present, focusing especially on a group of outstanding films, of which audio-visual fragments and documentary material of different types have been collected.

An island as film set

The resounding success of the film “A million years ago”, shot in 1965 in different parts of Lanzarote, definitely contributed to the launch of the island as a film set for its areas of great potential. Thus, the insular landscape has been used to recreate prehistoric times and distant planets; to reinforce the idea of physical or psychological isolation; or simply decorated with exotic beauty.

During these decades big names in the film industry have passed Lanzarote, from an award-winning directors like Pedro Almodóvar and the Spanish Juan Antonio Bardem or the Germans Werner Herzog and Wolfgang Petersen; international stars such as Rachel Welch, Rita Hayworth, Omar Shariff, Alain Delon, Dennis Quaid, and Penelope Cruz; and key figures within the industry, as Ray Harryhausen, considered one of the great pioneers of special effects and who was responsible for creating the dinosaurs in the film “A million years ago”.

The film industry has not only played a double major role in the economy of Lanzarote, as a source of income and promotion, but also in shaping the contemporary image of the island, merging film and tourism with the viewing of the landscape, a predominant resource in the artistic and literary history of Lanzarote. Recently, the Cabildo of Lanzarote, through the Foreign Promotion Society, has created the Lanzarote Film Commission, to facilitate the work of professionals and producers who want to shoot films and photo shoots or advertisement campaigns on the island.

The exhibition Celluloid Landscape. Cinema shot in Lanzarote will remain open until the end of July 2016.