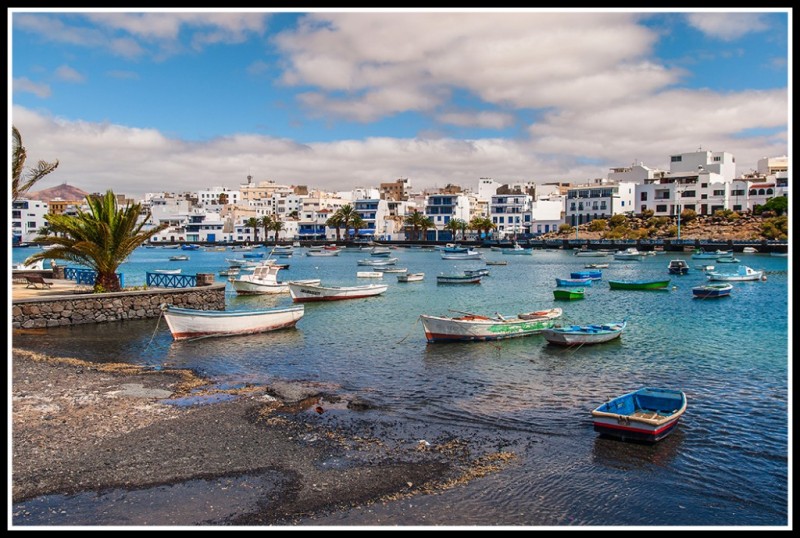 Visit Arrecife, the capital of Lanzarote

Arrecife is the capital city and is located in the centre-east of the island of Lanzarote. The city owes its name to the rock reef (Arrecife is the spanish word for reef) that is out to sea and protects the harbour.

Arrecife is a small, bustling city with a cosmopolitan feel, there is a beautiful lagoon called El Charco de San Ginés, surrounded by white fishermans cottages, restaurants and dotted with fishing boats.

There is a wide sweeping sandy beach (Playa Del Reducto) with very calm waters, due to the protection of the reef. A Mediterranean-style promenade runs all the way from this area to the city’s second beach, Playa del Cable and in between there are various style buildings, a mixture of high end retail outlets, elegant boutiques, bars and restaurants.

Arrecife also boasts Marina Lanzarote, a fully serviced marina for sailors with a choice of restaurants and shops.

If you are looking for a day out to shop, experience some culture and take in the sights and landmarks, then Arrecife should not be missed.

San Ginés Church
San Ginés is a large attractive church located in the Plaza de San Gines in Arrecife. Originally the location of a hermitage built in 1574 that contained images of Saint Peter and Saint Ginés, it was flooded and completely rebuilt in 1667.

With so many great restaurants to choose from it really is a matter of personal preference but below are a few recommendations:-

La Tabernita del Charco – International
A small menu but quality over quantity and always serving fresh fish with a lovely ambience in a beautiful setting with live music on certain evenings.

Divina Italia el Charco – Italian
A modern and global concept of high quality Italian cuisine. The careful decoration of the restaurant transports its visitors to the essence of Italian culture. In addition to offering a unique experience for all the senses.