The exhibition of traditional clothing of Lanzarote “Hilar Fino” will be celebrated throughout the island
7987
post-template-default,single,single-post,postid-7987,single-format-standard,elision-core-1.0.9,ajax_fade,page_not_loaded,qode-child-theme-ver-1.0.0,qode-theme-ver-4.3,wpb-js-composer js-comp-ver-6.2.0,vc_responsive 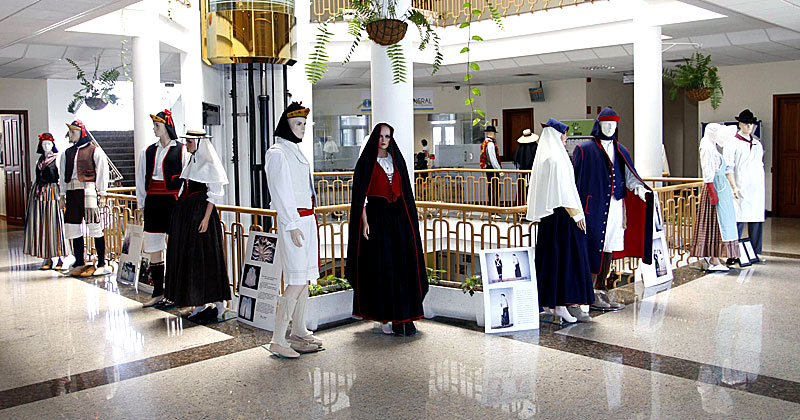 The exhibition of traditional clothing of Lanzarote ‘Hilar Fino’, can be seen in the seven municipalities of Lanzarote between the months of May and September.

The exhibition is the result of a research conducted by the folk groups ‘Coros and Danzas Arrecife and Malpais de la Corona’, owners of the clothing for men and women which include dresses, daily clothing, festivities clothing, celebratory, etc.

It will be exhibited at the Civic Centre ‘The Fondeadero’ in Puerto del Carmen, between July 29th and August 7th.

Clothing from the eighteenth and nineteenth centuries.

All clothing that is part of ‘Hilar Fino’ has been reproduced from a work of inquiry and research of very old clothes that some families kept in different locations in Lanzarote.

These recreations of historical clothing were made with all scientific accuracy and the excellent work of artisans. The collection of dresses and coats covers the period from the late eighteenth and early nineteenth centuries.

The clothes show both the most significant changes over time, as well as everyday or ordinary clothes, used to work in the fields and fishing, like other items of more refinement, such as dresses or more distinguished ones, which were used in special moments (celebrations, festivals, religious events …).

There came a time when Western fashion was shown to the most isolated social classes of the population of Lanzarote and then some new clothes, and very concrete ways to dress and adorn themselves emerged.